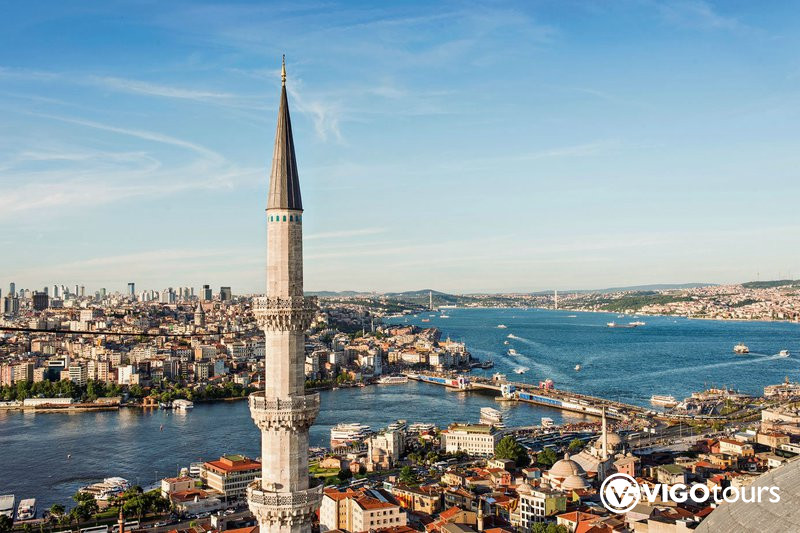 The city of Istanbul, the only city in the world with land in 2 continents, has land in both Europe and Asia. Istanbul, the capital of many civilizations such as Roman, Latin, Eastern Roman and Ottoman, is one of the oldest and most interesting cities in the world.

Imperial Tour and Asian Side

We start this interesting full-day tour by picking up our guests in the morning from centrally located hotels in Istanbul. We will start our tour by visiting the magnificent Hagia Sophia, which is considered one of the Eight Wonders of the World and has a unique place in the history of architecture, and is one of the rare structures of this size and ancient history.

Hagia Sophia, which was known as a church and cathedral in the first era, later turned into a mosque, a complex and a museum, and today serves humanity as a mosque, is one of the monumental structures of Turkey that has survived since the Byzantine period.

After the magnificent Hagia Sophia, our visit will be the Blue Mosque (Blue Mosque), named after the world-famous exquisite blue Iznik tiles that adorn its interior. This unique architectural structure is the only imperial mosque in the world originally built with six minarets.

We will continue our tour with Hippodrome Square, the sports and social center of the old Byzantine. Hippodrome means horse trail in Latin. the hippodrome rebuilt by Constantine; It was shaped like a horseshoe, 480 meters long, 117 wide, and could hold 100,000 people. According to some sources, it was between 370m and 120m in size and had 40,000 people. In those years, the population of Istanbul was 400,000. There was also a transition between the Hippodrome and the Great Palace.

After the Hippodrome, we visit the Grand Bazaar, the world's largest and oldest covered bazaar. It was the commerce and trade center of Istanbul with more than 4000 stores. The Grand Bazaar had an important feature next to many covered bazaars in the world. It wasn't just a bazaar. It was one of the most important economic projects of the state to ensure the continuity of the product identity of an empire and international competition. It was a great mechanism in which a multi-faceted and effective competition between East-West North-South was controlled and balanced.

After the Grand Bazaar, we will have our lunch.

After lunch, we will cross the Bosphorus Bridge, Turkey's first suspension bridge connecting the Asian and European Continents. And in this part of our tour, we will go to Camlica Hill, the highest point of Istanbul, to experience the breathtaking panoramic view of the Bosphorus, Islands and Istanbul. And our next stop is the Büyük Çamlıca Mosque, the largest mosque in Turkey, opened in 2019, with a capacity of 60 thousand people.

The last visit of our tour will be the Beylerbeyi Palace, the summer palace of the Ottoman sultans, with its magnificent architecture. The interior and exterior decoration of Beylerbeyi palace is a rare example of the mixture of Eastern, Turkish and Western motifs. Original furniture, carpets and other items in the palace are very well preserved.

After Beylerbeyi palace, our tour will end and we will start returning to the hotels.

Istanbul, a city with magnificent and unique history on two continents

The meeting point in hotels is the hotel lobby or the entrance door of the hotels. Please be ready 5 minutes before the stated pickup time.

We kindly ask you to be ready in the lobby of your hotel 5 minutes before the confirmed hotel pick-up time.

The Blue Mosque (Blue Mosque) can be visited from outside until 13:00 on Friday mornings due to the noon prayer.

Beylerbeyi Palace is closed on Mondays. The tour does not operate on Mondays.

This tour is not recommended for those with walking difficulties.