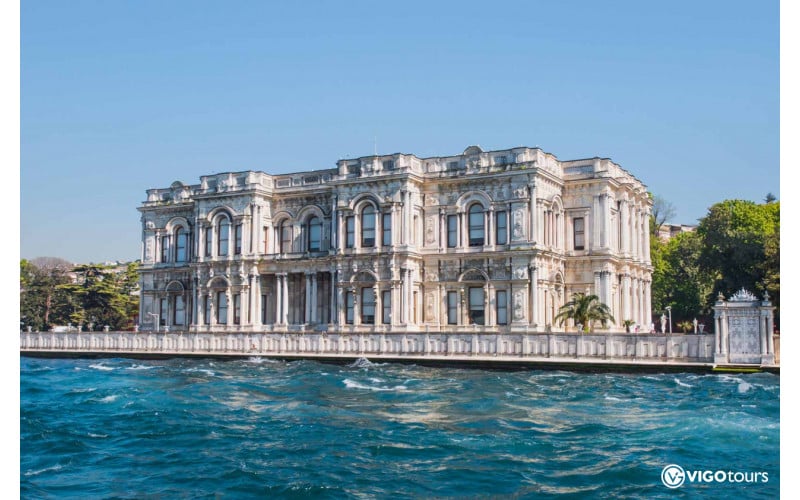 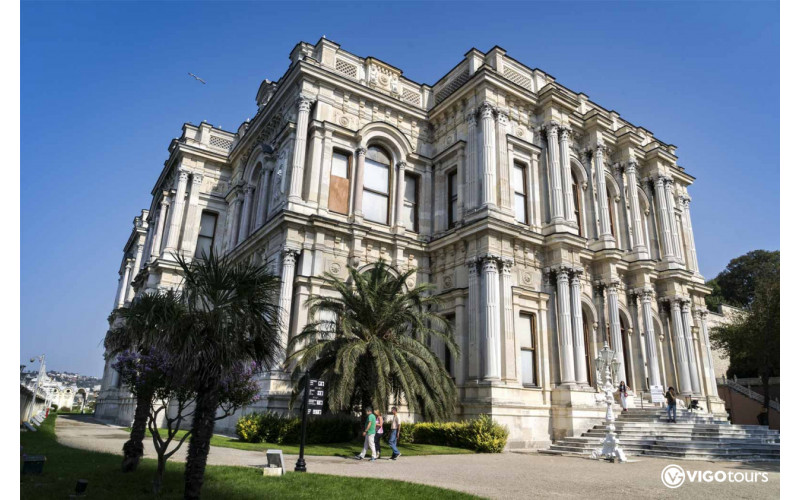 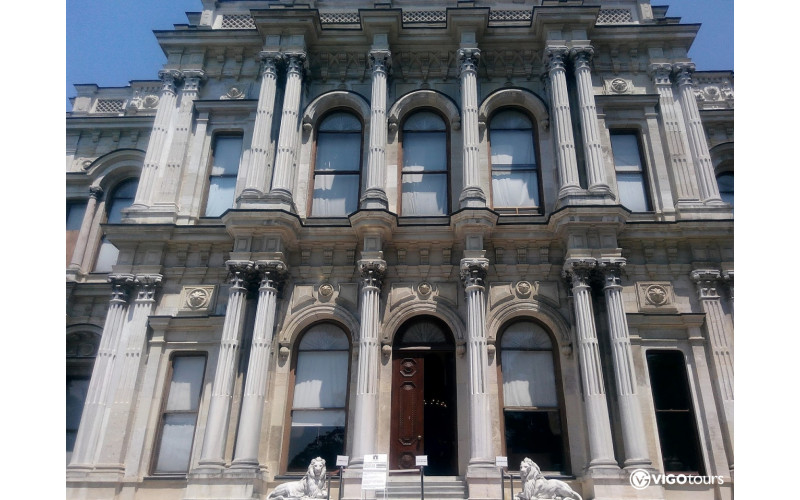 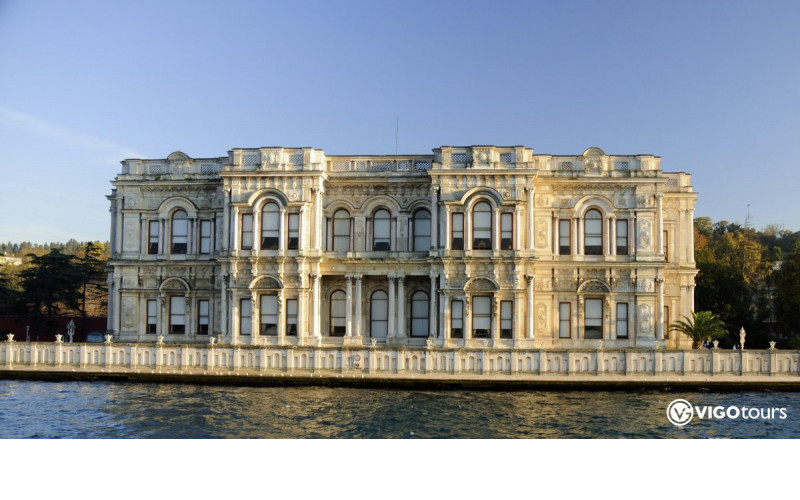 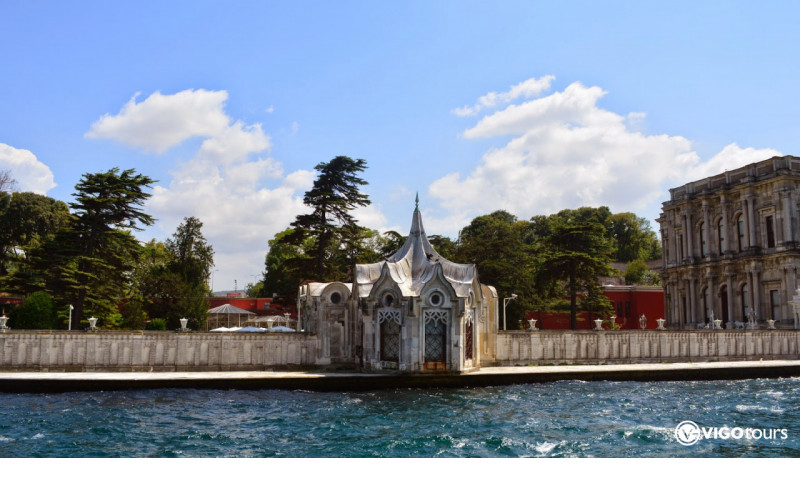 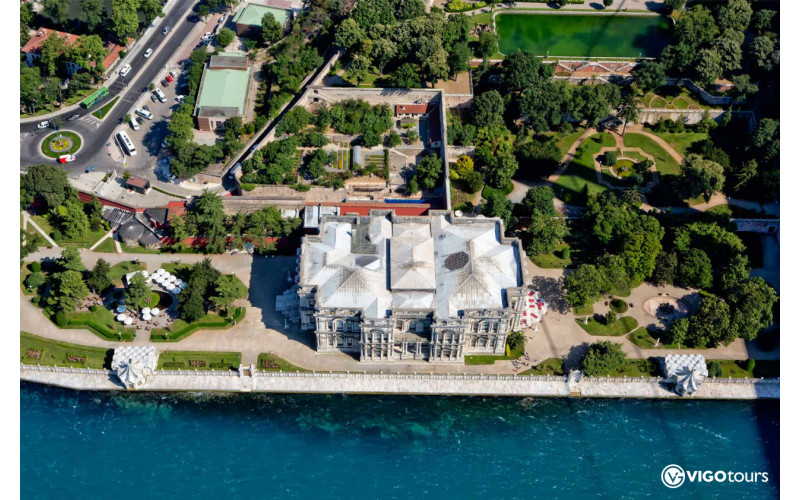 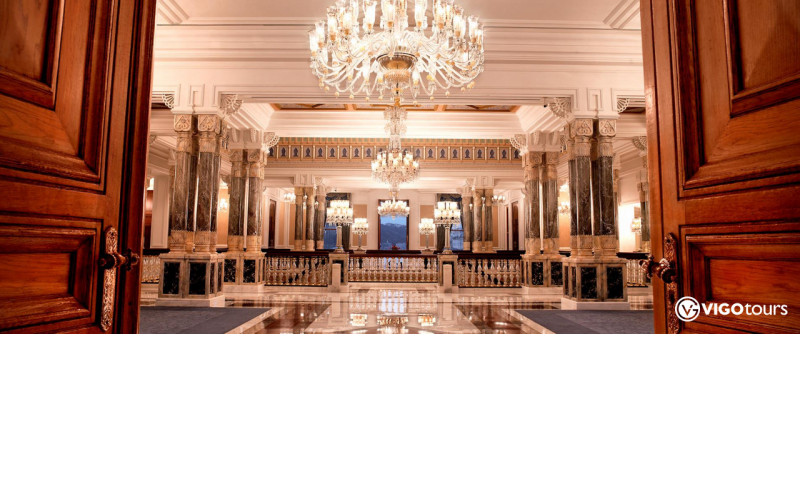 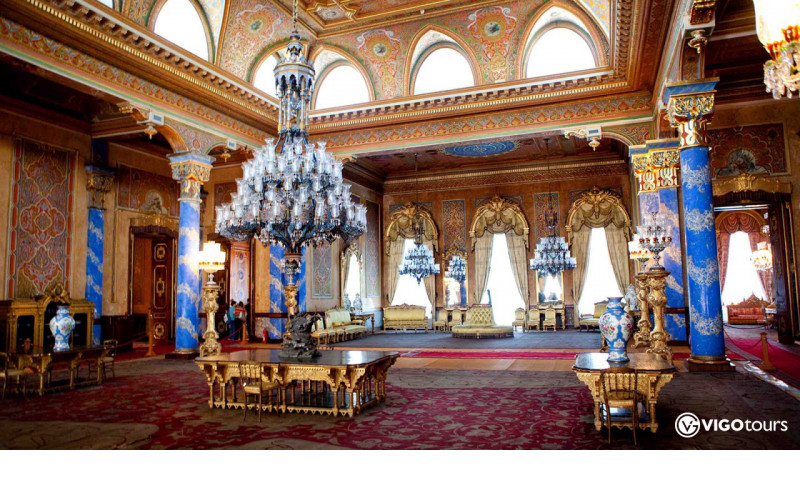 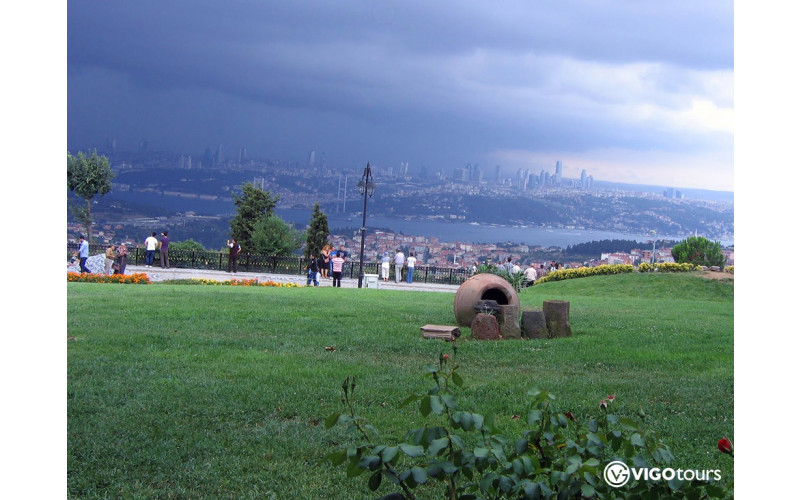 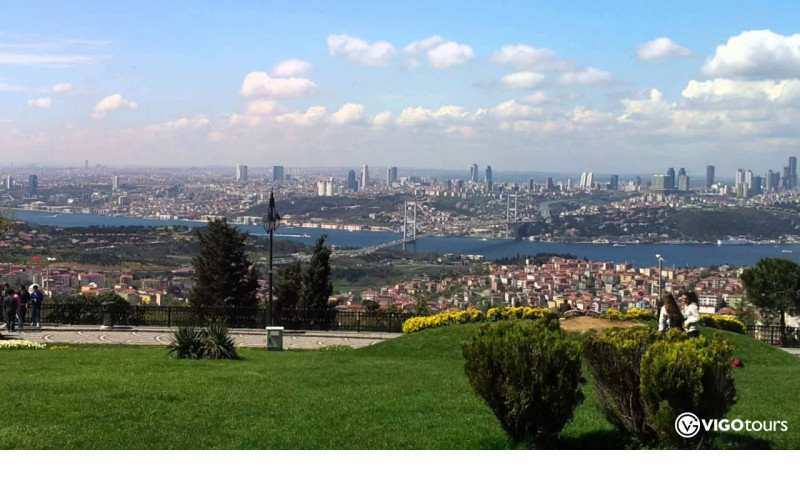 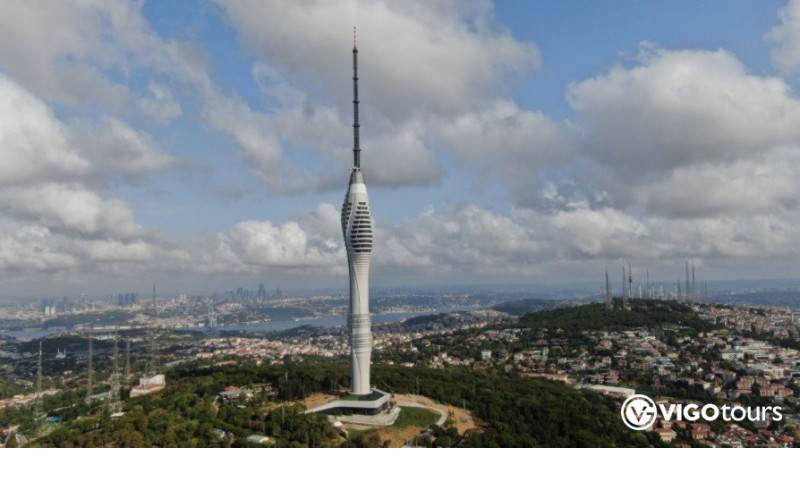 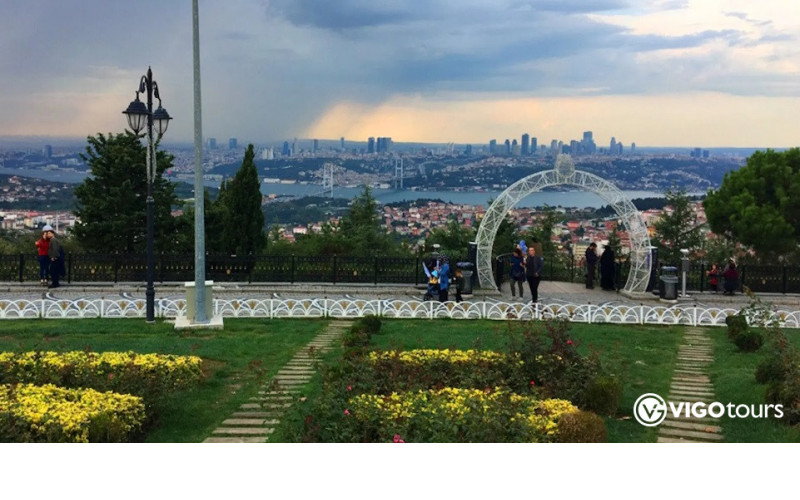 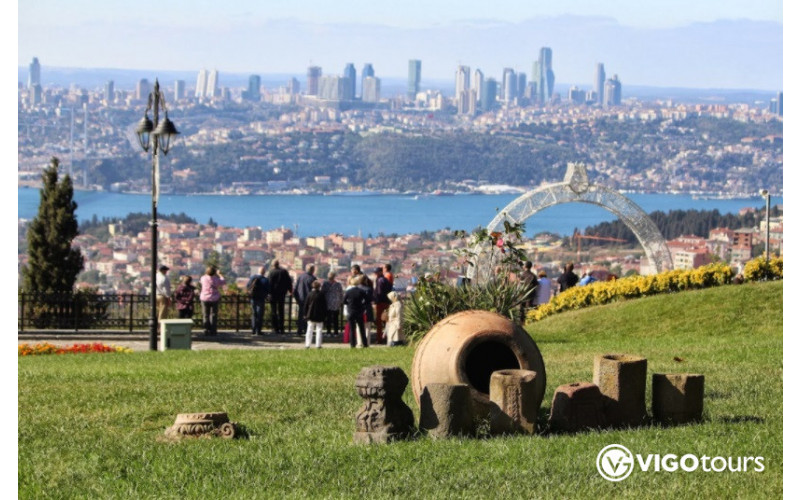 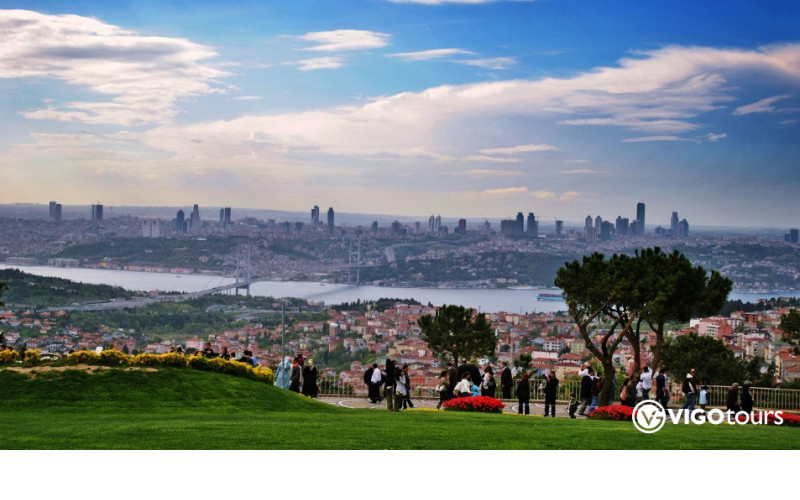 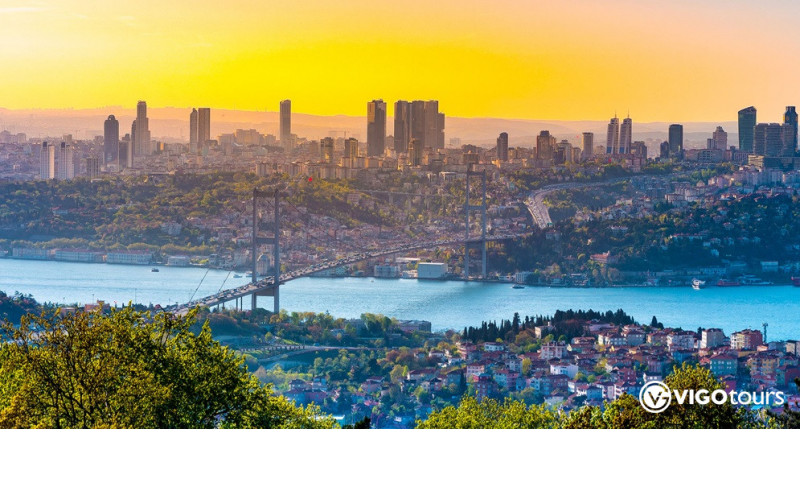 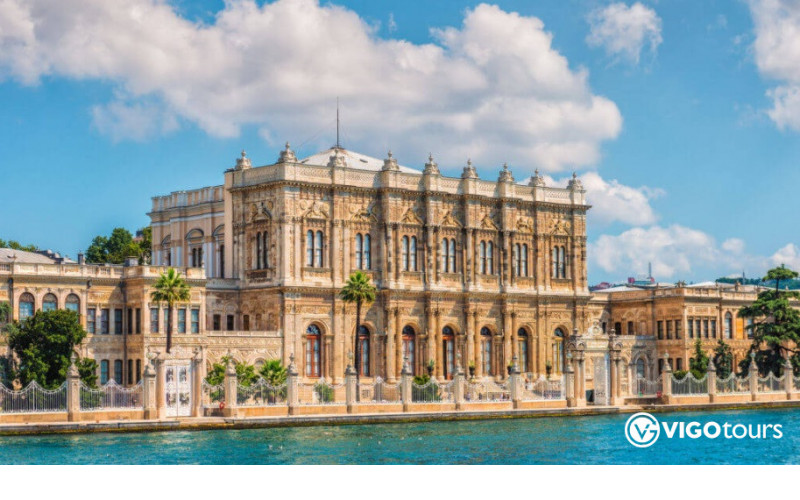 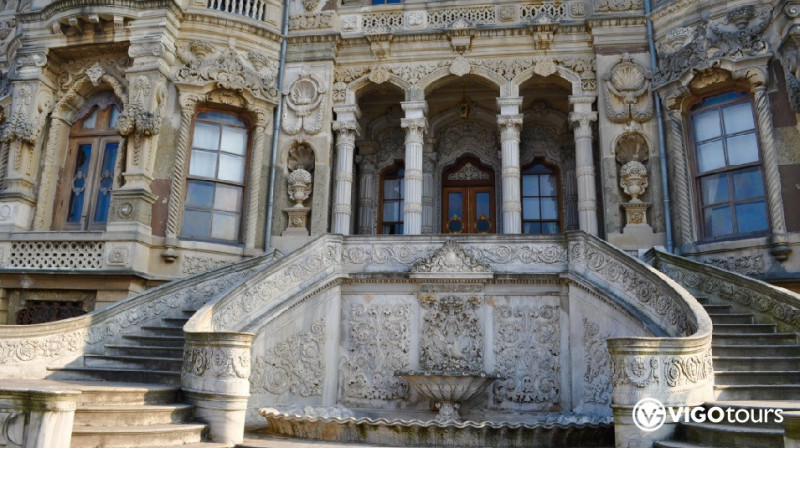 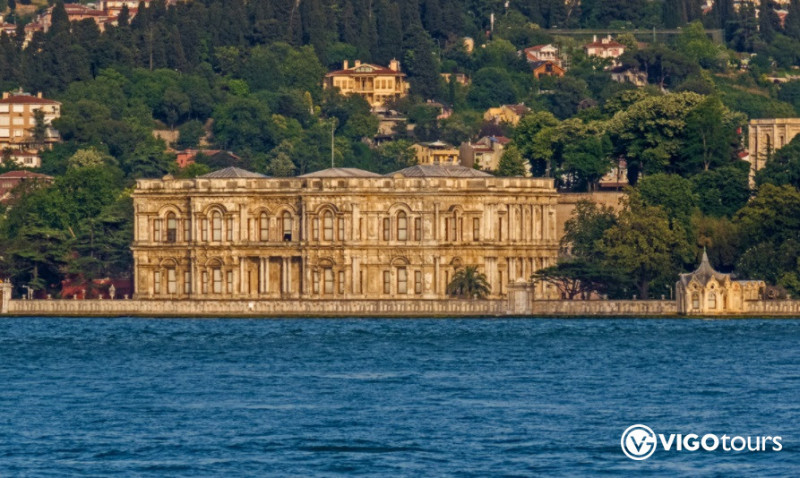 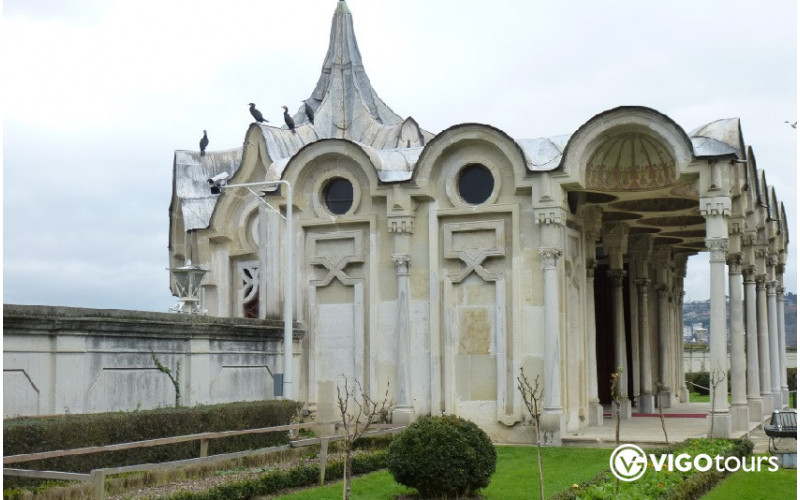 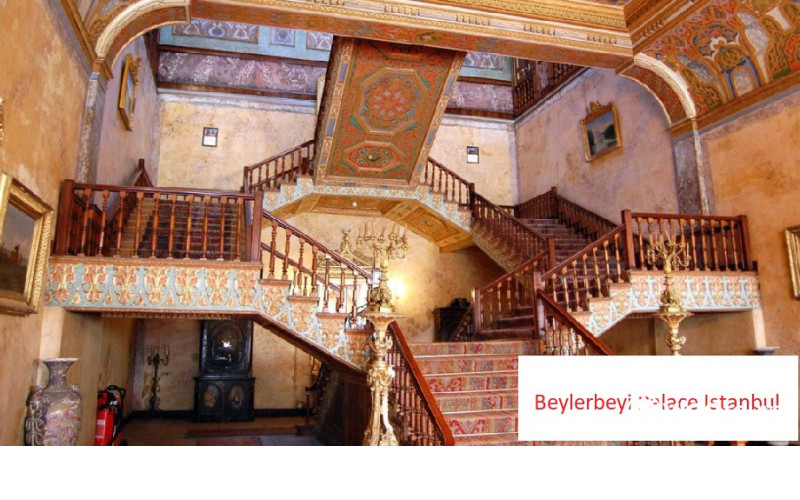 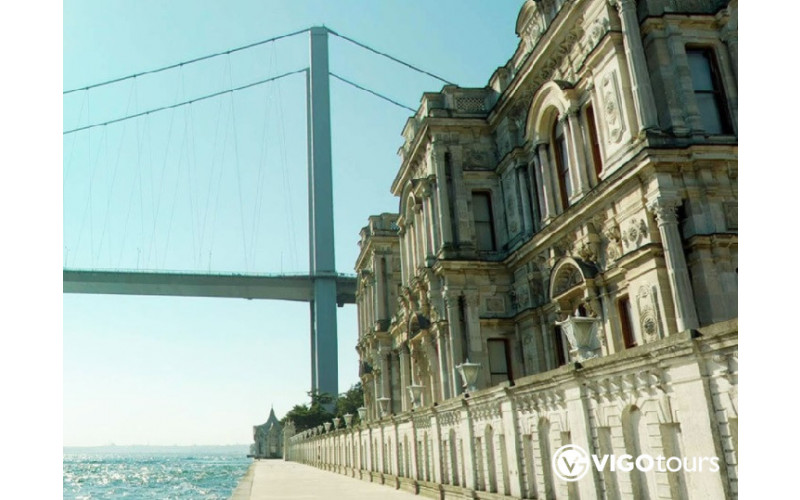 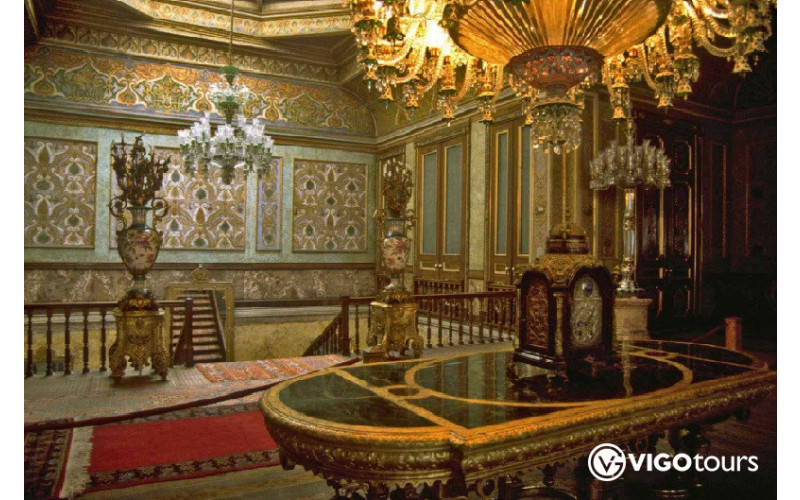 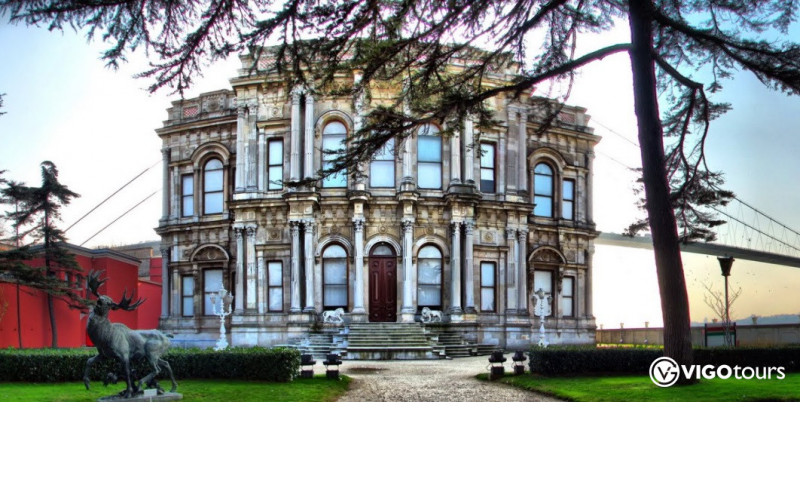 The tour is done by bus.

Beylerbeyi Palace was considered as a summer residence for Ottoman sultans and a state guesthouse where foreign president or rulers would be hosted.

Beylerbeyi Palace is located on the Asian coast of the Bosphorus. The palace, named after the district where it is located, was built by Sarkis Balyan and his brother Agop Balyan, one of the Balyan family architects, on the order of Sultan Abdulaziz. In addition to being used by the Ottoman sultans and their families in the summer, the palace also hosted many foreign heads of state and members of the royal family.

It is one of the most famous palaces of the last Ottoman period made of monolithic, compact and completely marble in the European style on the Bosphorus in Istanbul, south of Beylerbeyi village, on the sea shore. The large Ottoman palaces are mostly on the European side of the Bosphorus (Rumelia). However, on the Asian (Anatolian) coast, the palaces had unique gardens and palaces. The most famous of these is Beylerbeyi Palace.

At the time of Beylerbeyi, there was a private garden which the Sultan called the Garden of the Cross. In the summer, the saints would come here and rest. Has garden also had a pavilion. The fourth Murad Khan was born in this Istavroz Pavilion. Today's Beylerbeyi Palace was the birthplace of Sultan Murad the fourth. Mehmed Pasha, one of the Beylerbeyi of Sultan Murad III, was called Beylerbeyi from the end of the sixteenth century because he had his palace built there.

Camlica Hill
Çamlıca Hill is the name given to the two highest peaks of Istanbul. This region, which is divided into two as Small and Large Çamlıca Hills, is one of the beautiful places where you can enjoy the city view in Istanbul. Büyük Çamlıca has restaurants, cafes and green spaces, which are generally run by the municipality, and Küçük Çamlıca has a grove of Topkapı, Cihannüma and Sofa Pavilions.

Küçük Çamlıca Hill: There are fun places like sofa cihannüma, Topkapı kiosks, Çamlıca grove and important places to visit. You can also eat delicious food in various restaurants located on the small Çamlıca hill and have a good time with your friends in the cafeterias. »Büyük Çamlıca Hill: It is approximately 262 meters above sea level. TV transmitters, Nurbaba Tekkesi, restaurants, cafes and social facilities attract attention with the hill, is more popular among the Çamlıca Hills.

For half day Istanbul Beylerbeyi Palace & Çamlıca hill tour, Pick up is available from centrally located Istanbul hotels. Pick-up and drop-off from hotels far from the center and the airport is subject to an additional charge. Pick up from hotels in anatolian side of Istanbul is not available.

On this tour, a visit to the leather production center can be made. Guaranteed shopping is possible at factory (first hand) prices.

Beylerbeyi Palace is closed Monday and Thursday and will be replaced by the Chora Museum.

Escape the tourist trails and crowds, explore the other side of Istanbul, and explore the Üsküdar district on the Asian side of the city. This 4 hour tour brings you to lesser-known and fascinating sights, such as Istanbul’s highest point, The Camlica hill where you can enjoy coffee overlooking the amazing Bosphorus.