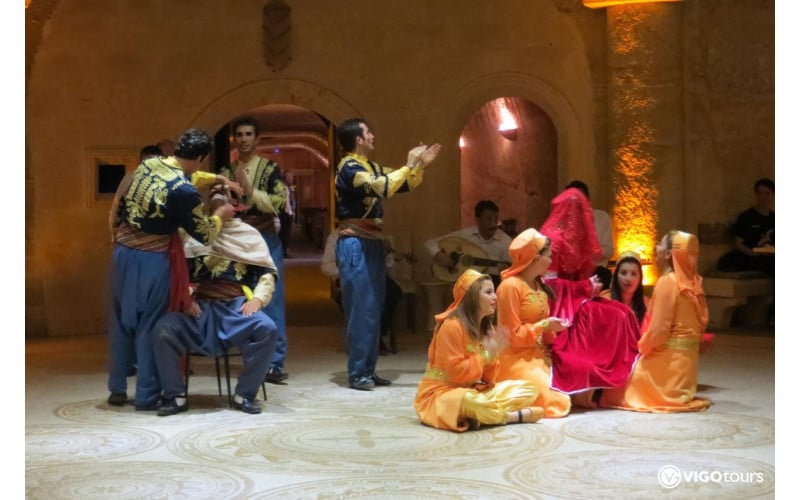 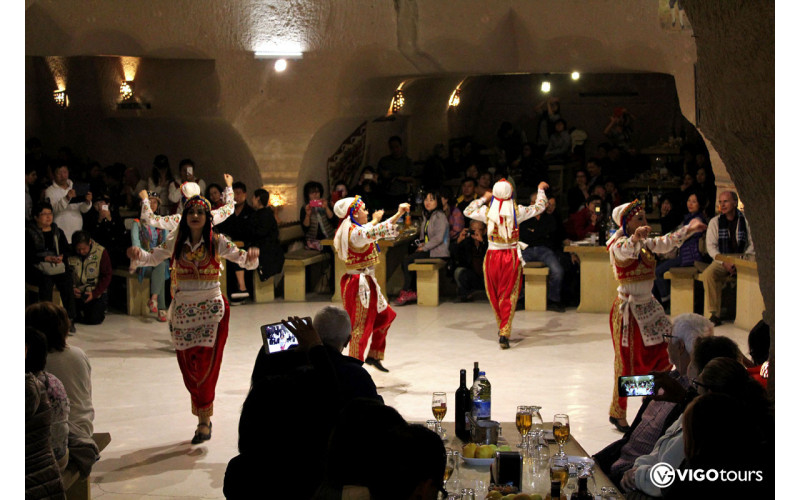 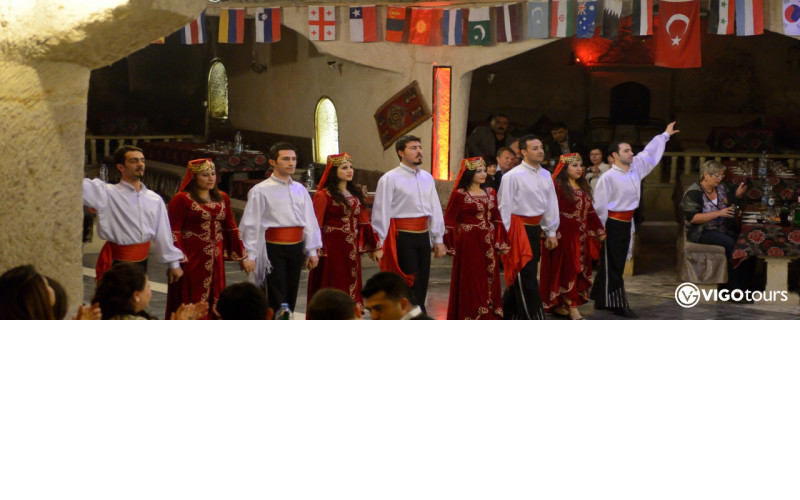 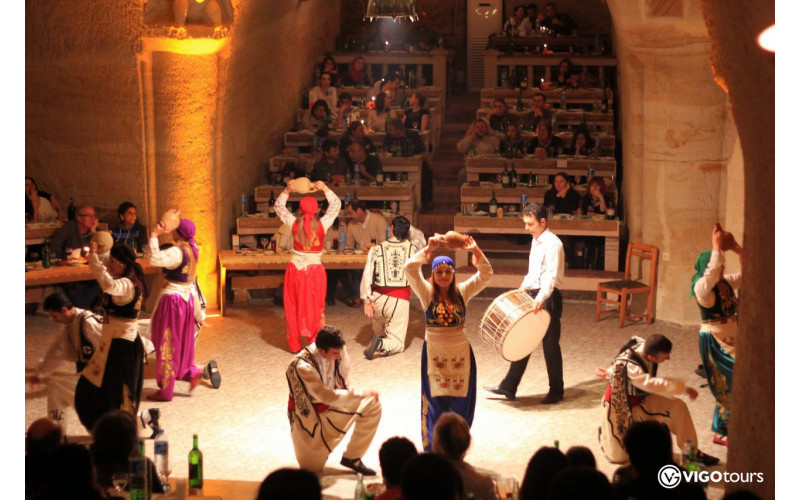 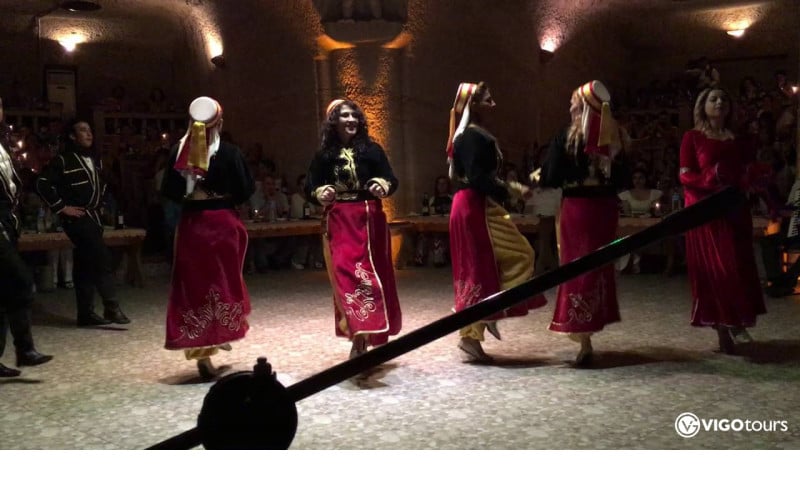 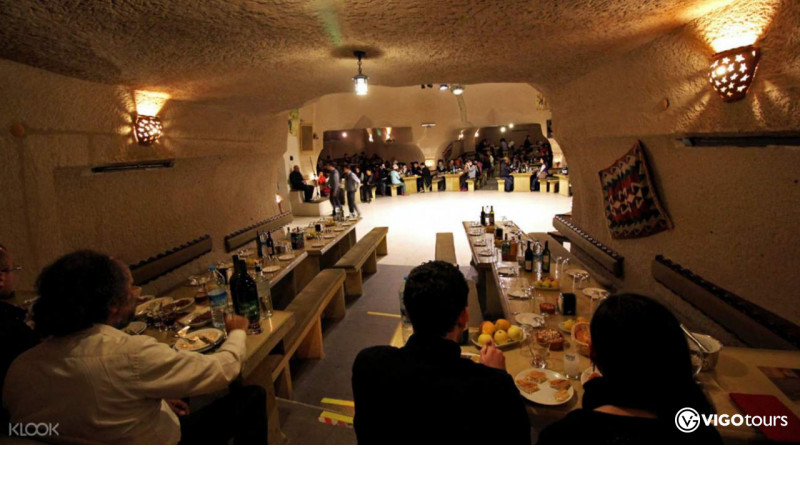 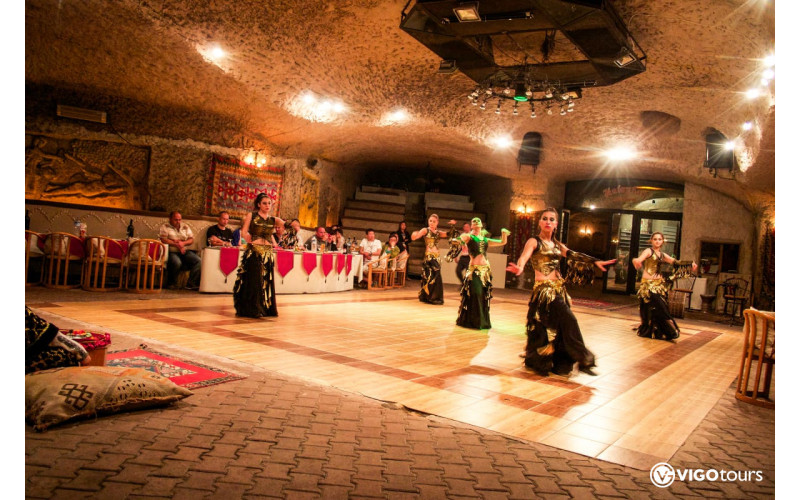 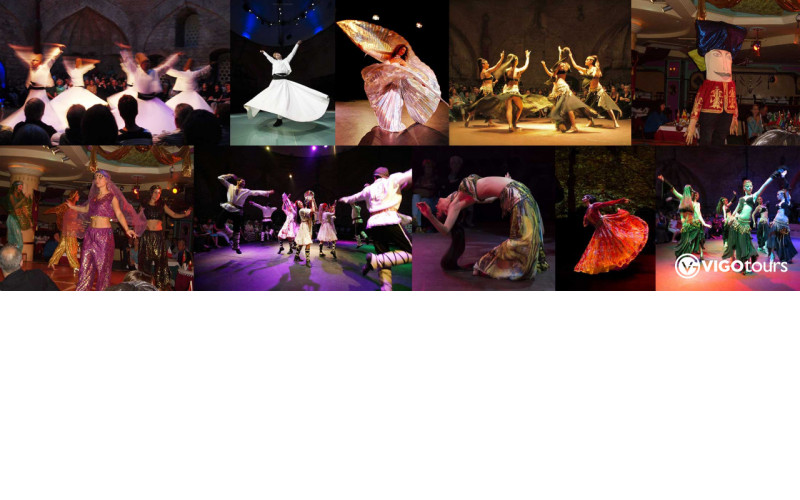 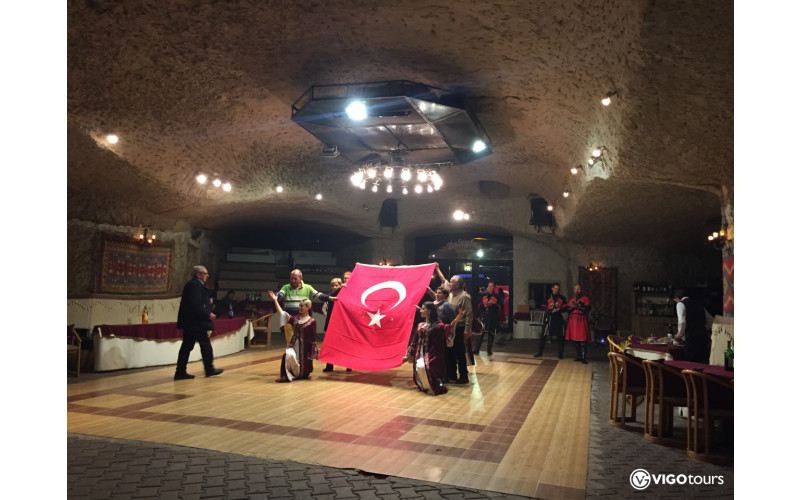 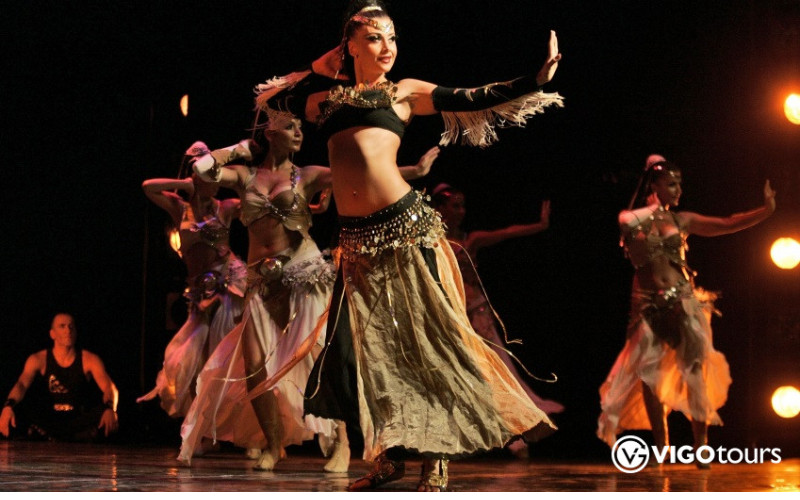 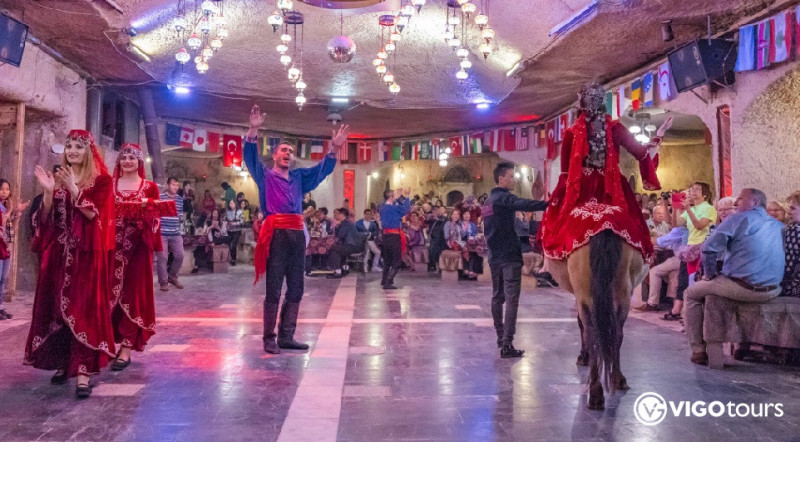 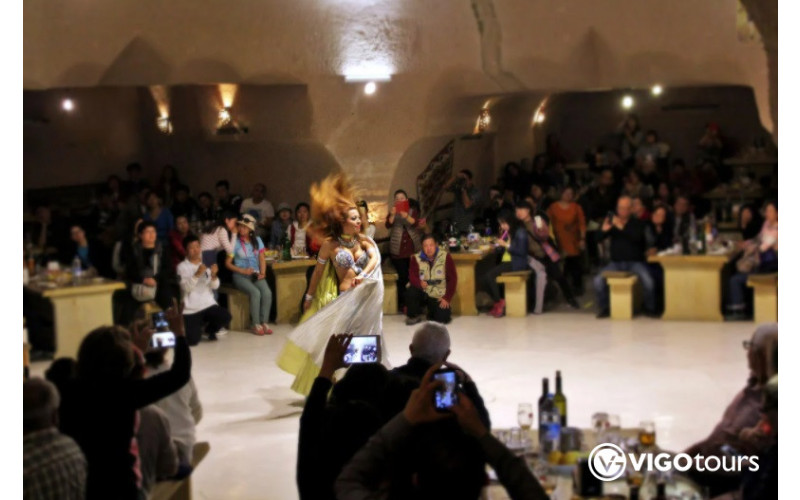 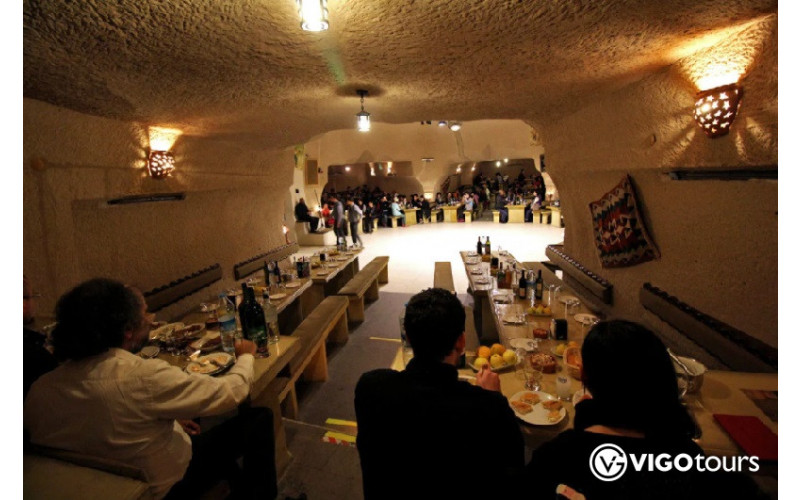 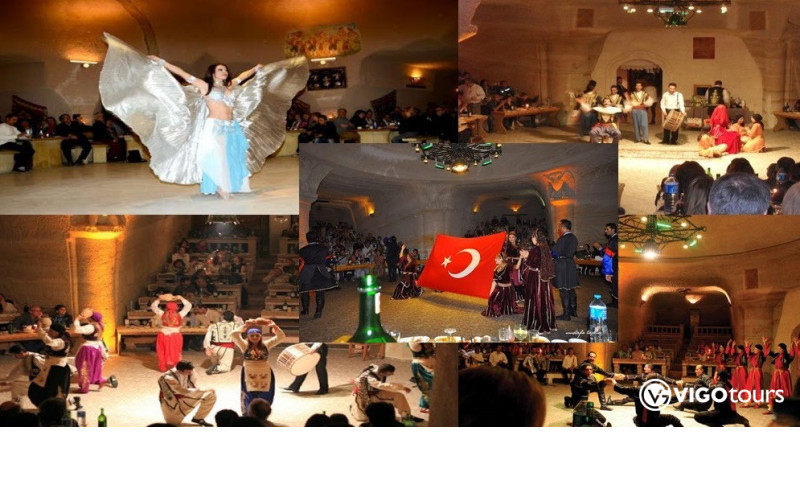 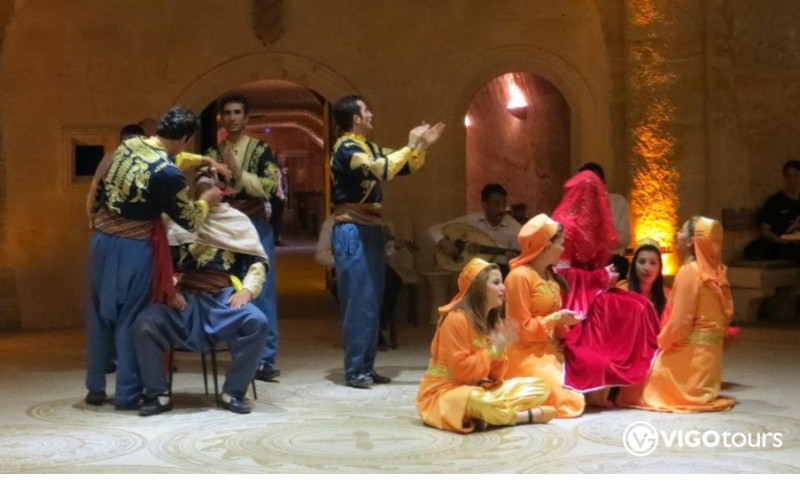 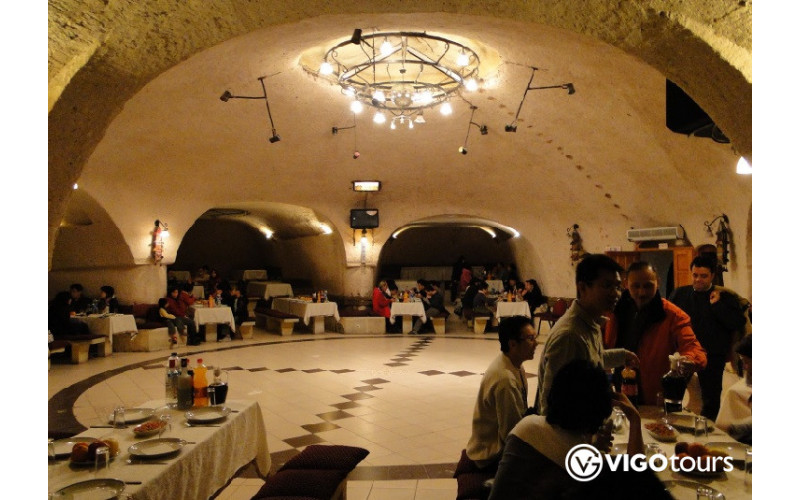 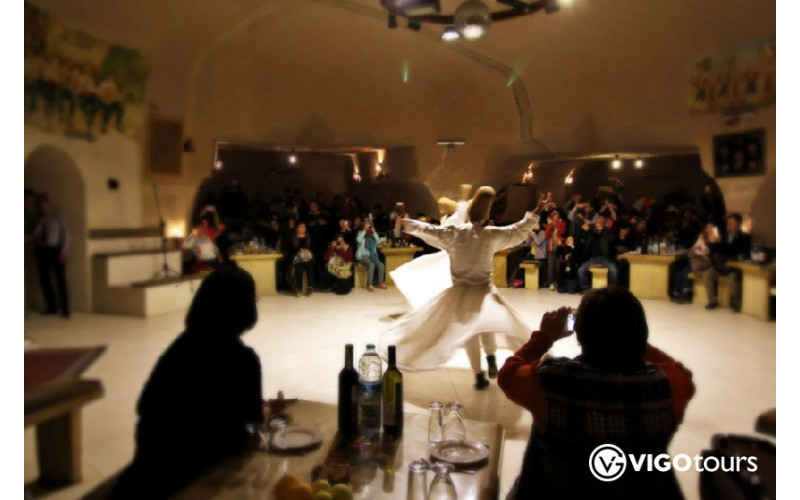 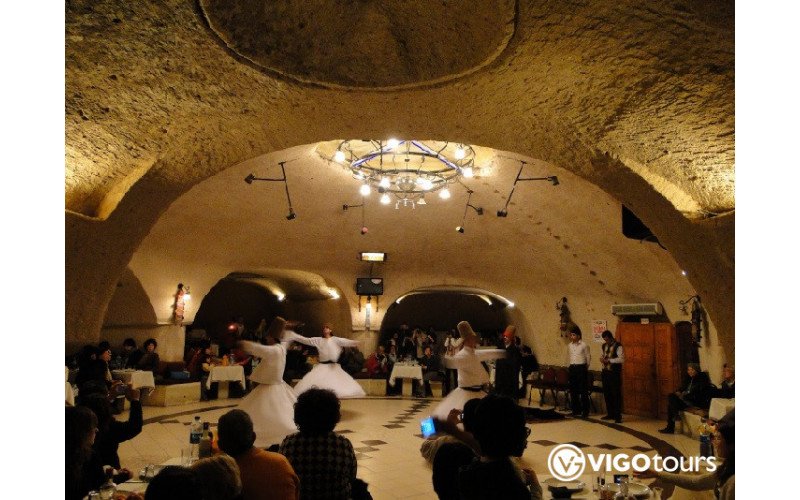 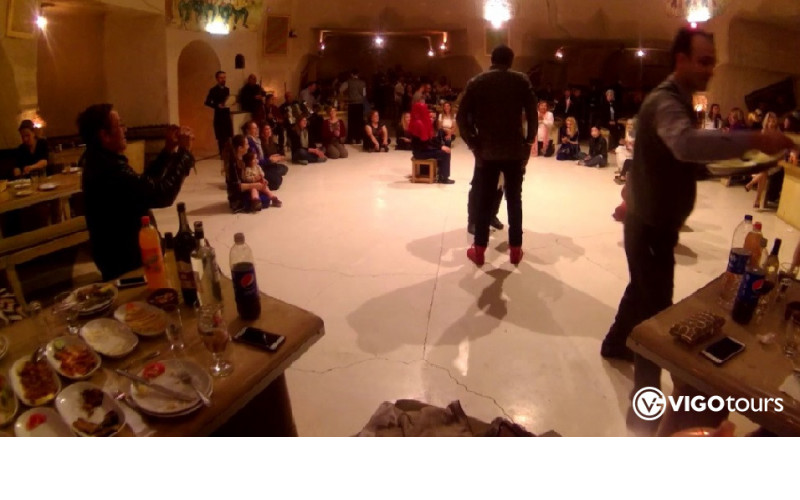 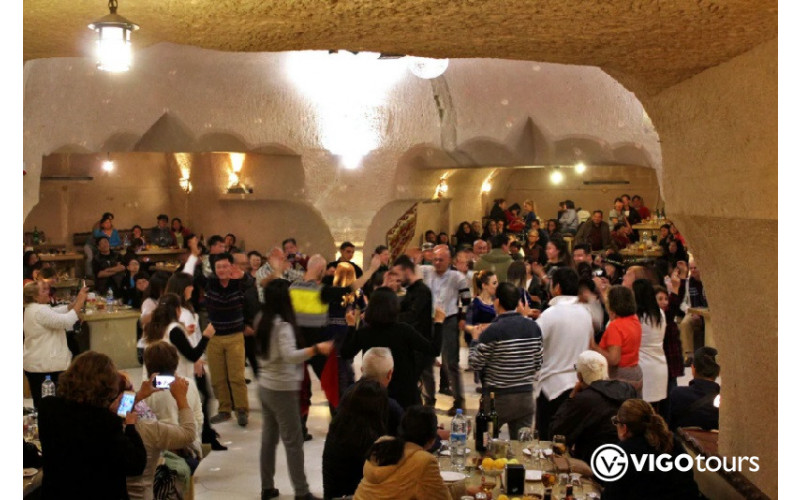 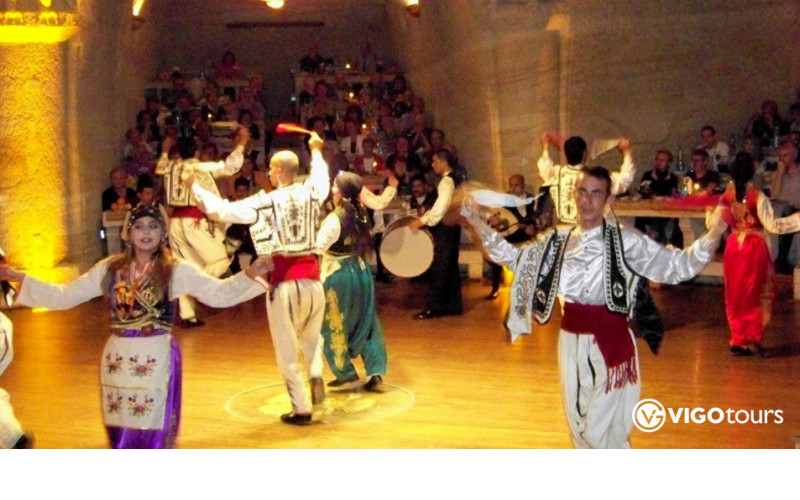 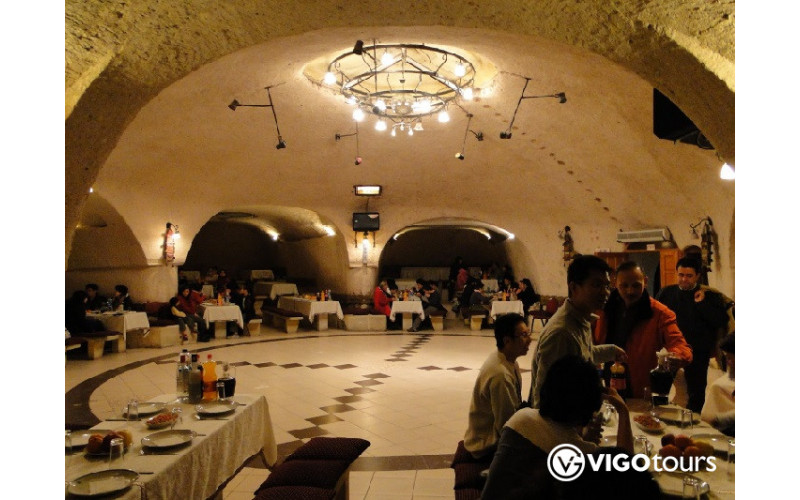 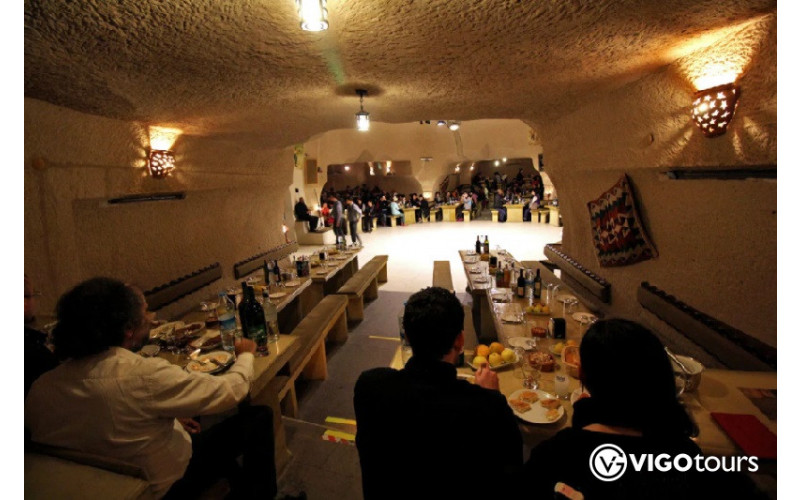 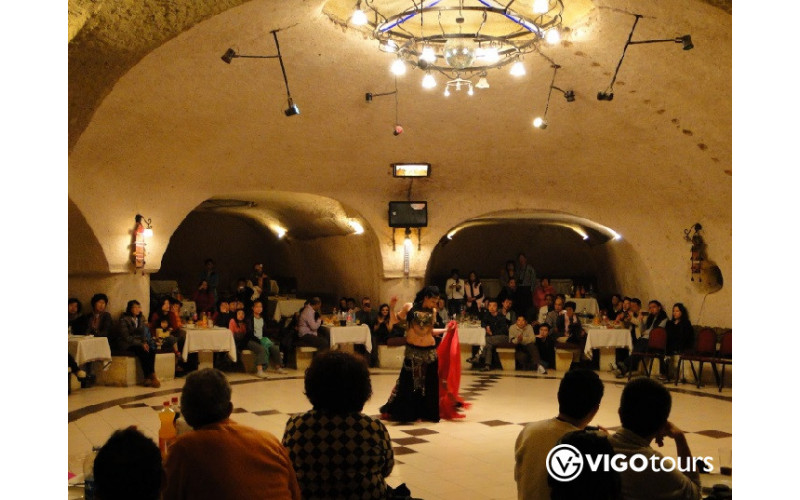 In the magnificent mystical atmosphere of Cappadocia that warms people's soul,
Experience an unforgettable night with entertainment, delicious local dinners and wine of Cappadocia region!

Beyond the holidays, the first place that comes to mind is Cappadocia. It is such a magnificent place, no matter which season you go, no matter how many times you go, it is like an insatiable flavor and it makes a habit. Not only fairy chimneys, magnificent nature and history; Cappadocia is also famous for its Turkish night organizations. The breathtaking visual show offered by the unique geography of the day turns into a dance show of Turkish culture at night. If you add Turkish night entertainment to all your experiences, experiences and experiences in Cappadocia, the name of your holiday is among the ‘unforgettable’.

With a whirling dervish show in Central Anatolia, traditional folk dances from different regions, dizzying oriental shows and special surprises for the venue, this Cappadocia night is very enjoyable and unforgettable. Since the Cappadocian Turkish night takes place in rock-carved venues unique to the region, the stunning atmosphere of the venue adds a special feature to the show.

Traditional folk dance and belly dance show
Asking for a girl from her family, which is one of the most important ritual folk dances of Turkish culture, and taking a bride from the girl's house are scattered as theatrical sections that you will enjoy watching.

When the Cappadocia Turkish night is mentioned, the oriental show that comes to mind is the indispensable part of this beautiful show night. Although belly dance has infiltrated our culture from the Arabs, it has come to an important place in our entertainment for centuries. Maybe this will be the most exciting part of the show and you'll want to jump on stage and be part of this dance.

What makes the show funniest is that a guest tries to perform belly dancing on the stage with the belly dancer, who puts everyone into a laughing crisis. This means a lot of fun for everyone who sometimes watches the table and sometimes tries to dance!

Cappadocia Turkish night finale takes place with the Caucasian dance show.Then, the final celebration of the night is performed with the participation of almost all guests and performing traditional folk dance together on stage.

Lobby at the hotels.

Pick up and transfer is only from Avanos, Goreme or Urgup area.

The wine offered in the activity is produced from the grapes of Cappadocia region.

Vegetarian and vegan meals are possible.

Experience Turkish culture and traditions as you’re entertained by the performers in a Turkish Night Show in Cappadocia. Enjoy your evening of Cappadocia with wine of Cappadocia region, appetizers, and dinner as you take in the show at one of Cappadocia’s cave restaurants.

Hours may differ according to the seasons.

We had a wonderful evening in Cappadocia! A magnificent natural atmosphere, wonderful local dishes, unlimited Cappadocian region wine (=excellent taste:), Turkish folk dances show and BELLY DANCE SHOW!!! WOW!!! We had a lot of fun. You must experience!