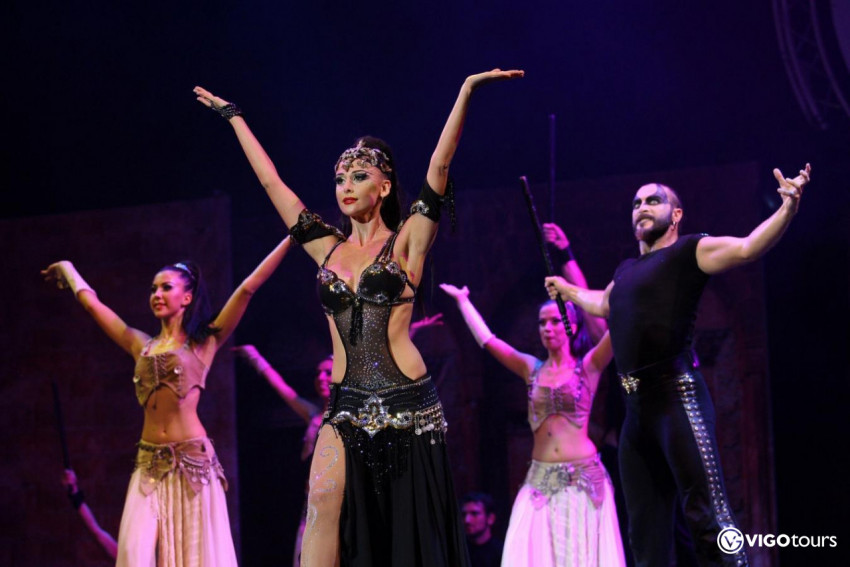 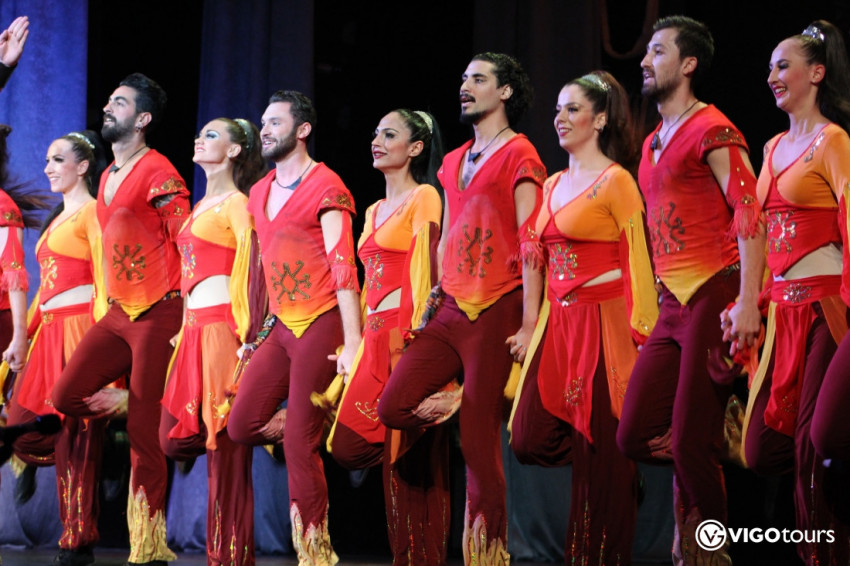 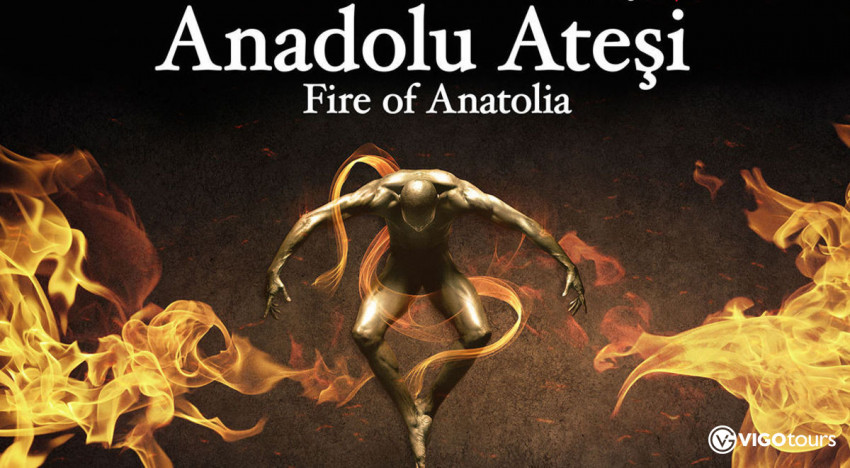 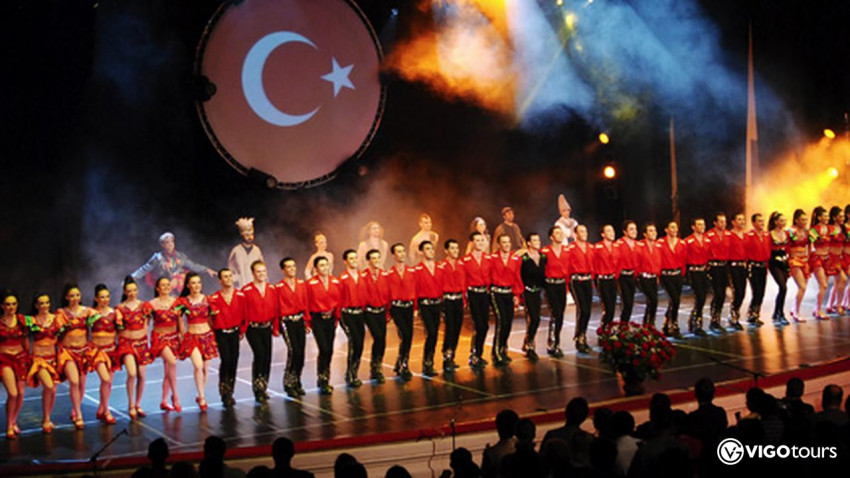 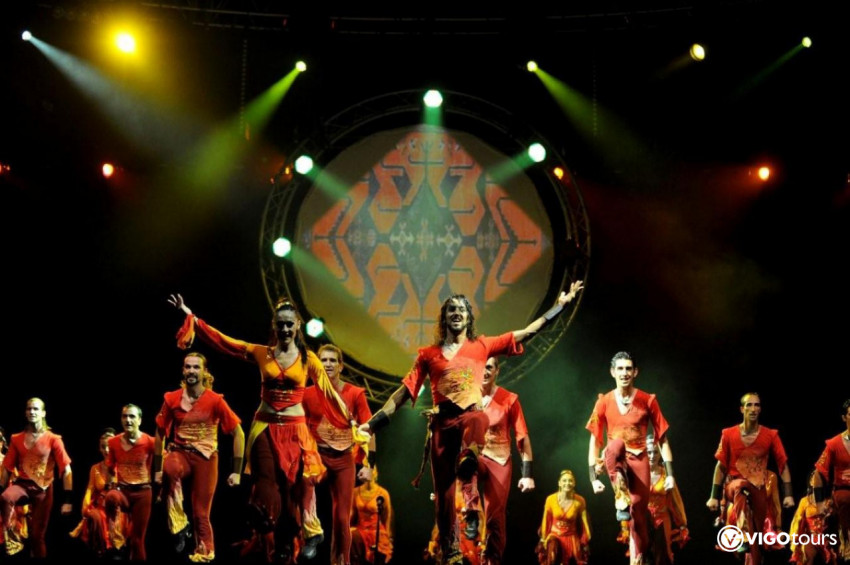 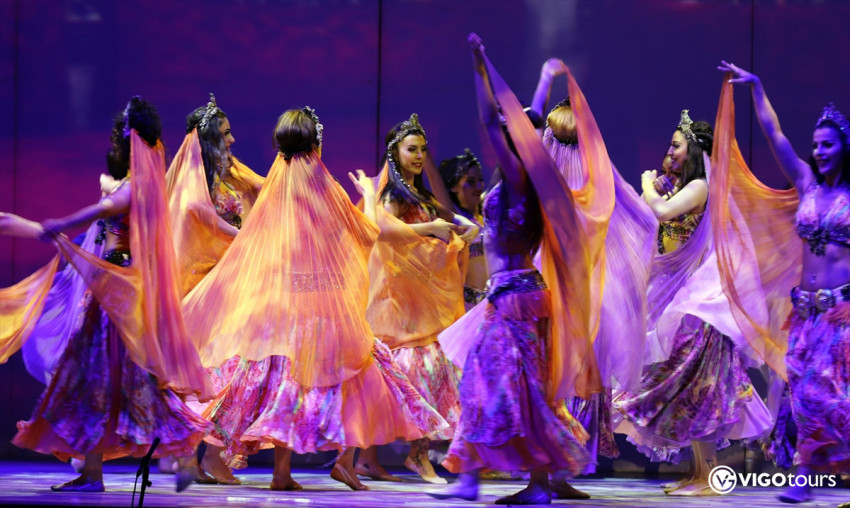 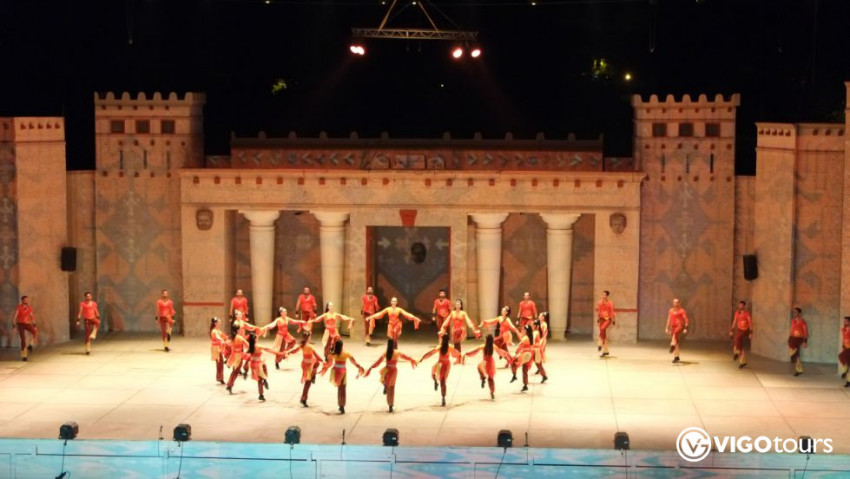 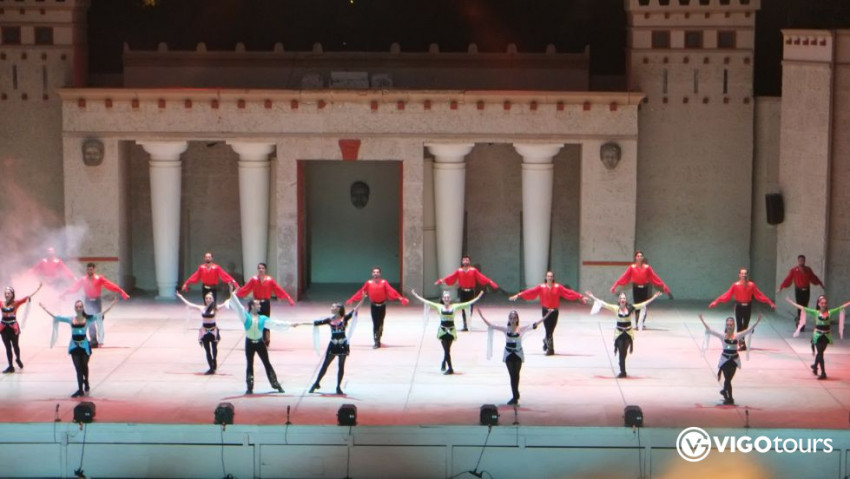 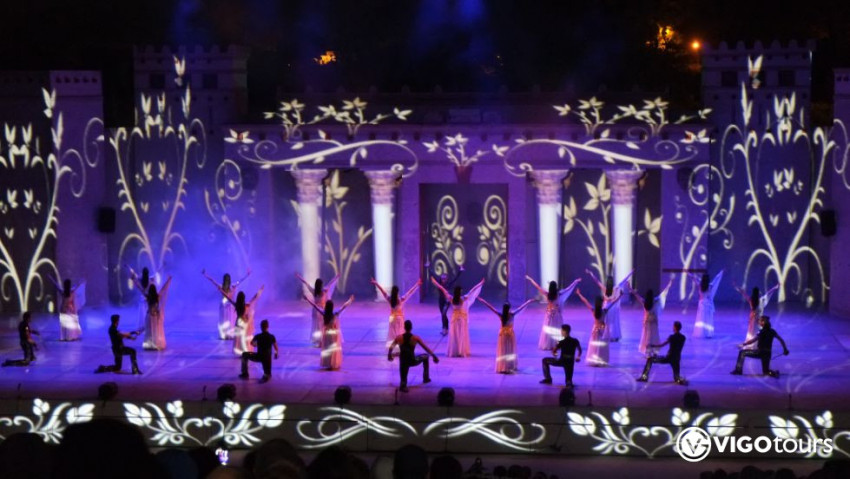 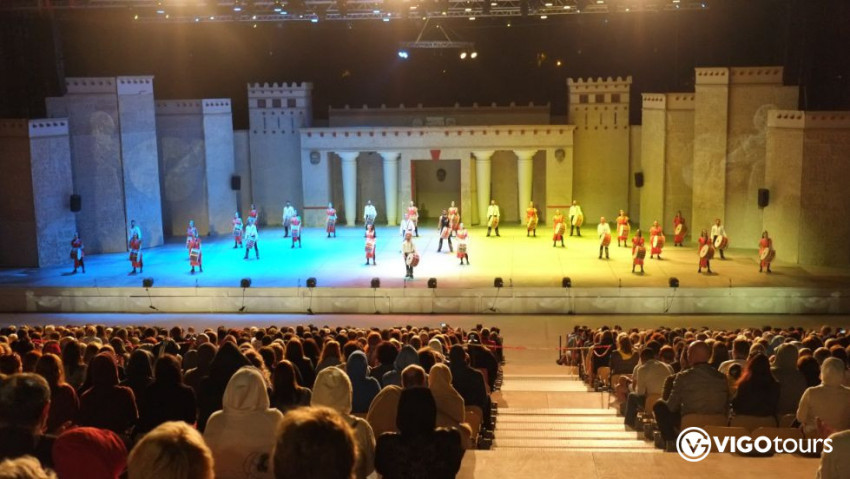 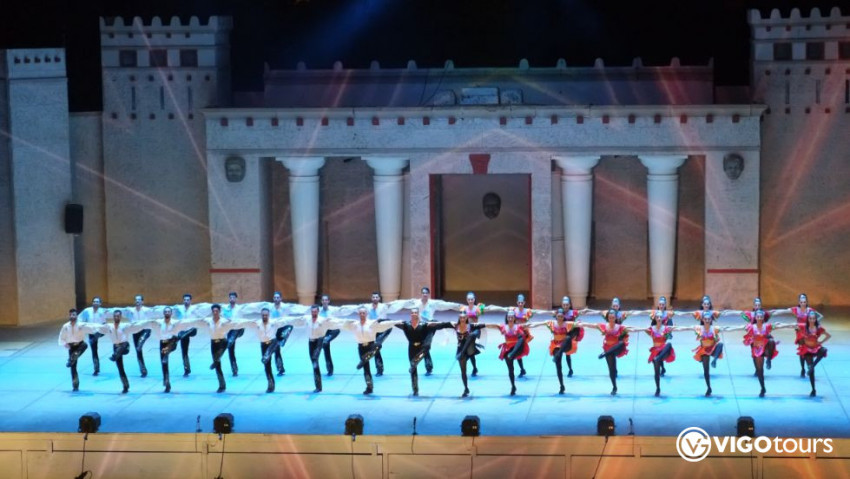 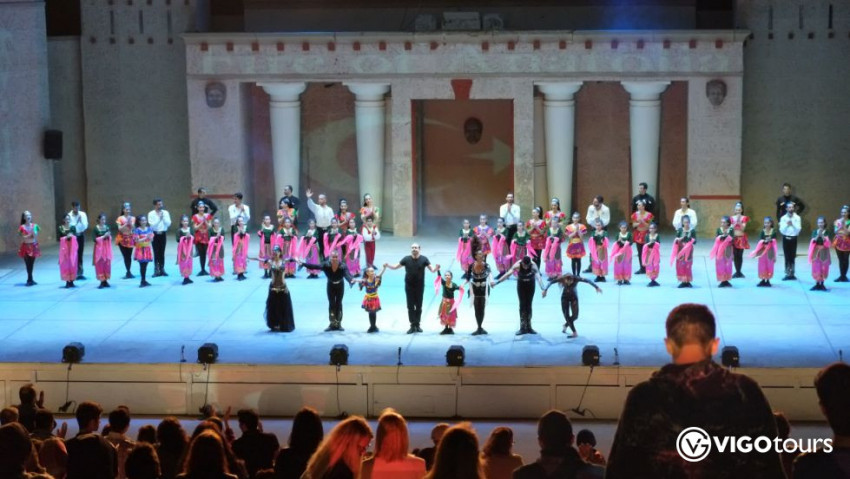 Fire of anatolia dance show at Aspendos arena with pick up from all the hotels in Belek, Kadriye and Bogazkent

Tour program for Fire of Anatolia Dance show from Belek

Experience the Fire of Anatolia dance show, one of the most prestigious dance shows in the world, and perhaps the most interesting one, with the privileged service difference of Vigo Tours in Aspendos arena!

Watch the legendary Fire of Anatolia dance spectacular on the Aspendos Arena and marvel as one hundred twenty dancers perform a work that goes to the heart of Turkish tradition. See one of the fastest dances on the earth, on the world's most spectacular arena.

The Fire of Anatolia dance performance has been watched by 45 million people in nearly 100 countries.

Anatolian fire dance group carries Anatolian history to the present with its magnificent modern dance choreography. The fascinating dance performance of this magnificent dance group has aroused admiration throughout the world. It has been watched by millions for years and continues to be followed with the same great interest.

This rich cultural treasure, which emerges from the people, not from the kingdoms that reigned in Anatolia for centuries, continues to exist even after centuries. It continues to exist and affects people deeply following the trace of peace, love, tolerance and traditional culture. This is the essence of the legendary Anatolian fire dance performance.

It is well worth the money. The show takes place from 9 pm and lasts about 2 hours with a break. There are many artists who are part of this amazing show. This great show features several traditional dances from different parts of Turkey from past to today.

If you haven't seen the legendary Anatolian fire dance show that offers its audience a rich cultural feast thousands of years blended with peace, tolerance and love, surely you should watch it. You will go on a rich cultural journey in the magnificent atmosphere of Aspendos arena.

Fire of Anatolia Dance show from Belek. Pick up from all the hotels in Belek and near Belek is included in the price. Hotels in Kadriye, Belek and Bogazkent.

Fire of Anatolia Dance show from Belek. Pick up place is the main entrance gate of the hotels (security check entrance) from public road.

Please take a towel or a cushion for wet seats.

An excellent work of art!

An awesome dance and show organization!