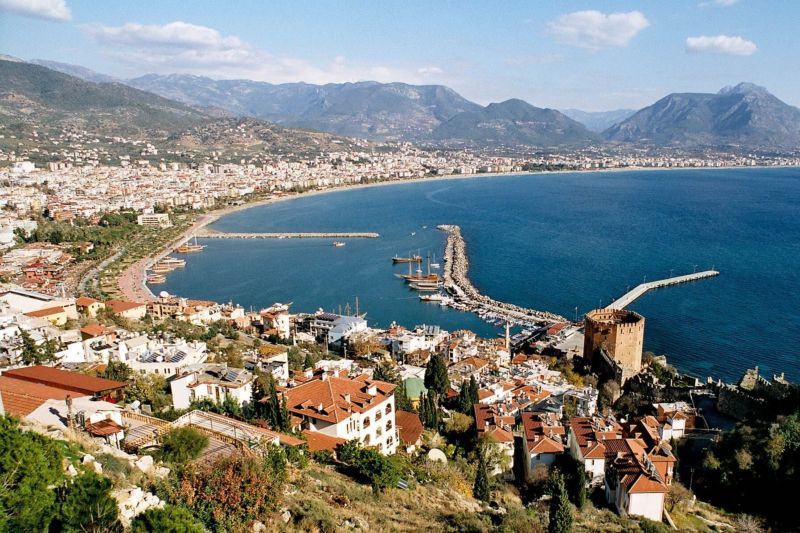 Things to do in Alanya

Excursions and Things to do in Alanya. Alanya is a resort town on the central Mediterranean coast of Turkey (also known as the Turkish Riviera). Its wide hotel beaches include Cleopatra Beach, where the Egyptian queen allegedly used to swim. Alanya Castle, a gigantic Seljuk fort that became an open-air museum, stands on a rocky bluff above the beach, next to red-tiled Ottoman villas and the octagonal Red Tower, the city's symbol from 1226. We offer the best tours in Alanya at great prices to make your vacation the best possible. Our reliable service is just a click away. Book your tours now, before your vacation. Peace of mind. Easy to book. Lower prices. No unpleasant surprises. 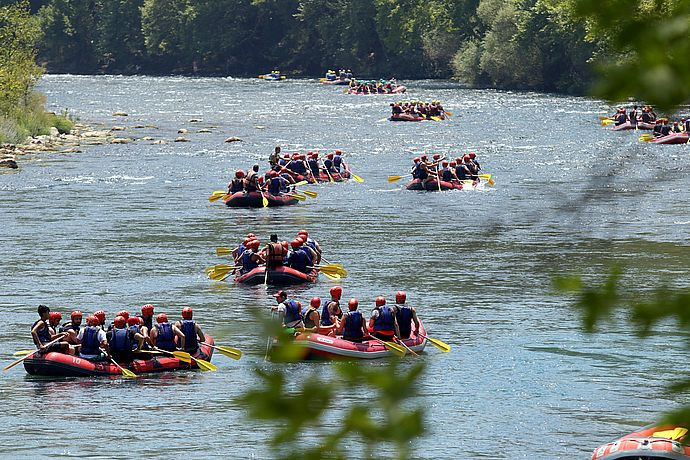 Rafting tour in Antalya. About rafting Antalya VIGO. Spend a fantastic day full of action, adventure and breathtaking scenery at Koprulu Kanyon National Park. Canyoning includes a hike through 2 spectacular canyons. Experience waterfalls, natural water slides and jacuzzis, swimming and diving (optional). While rafting you will feel the thrill and the spills of rapids as you make your way down to the base and restaurant VIGO Rafting. 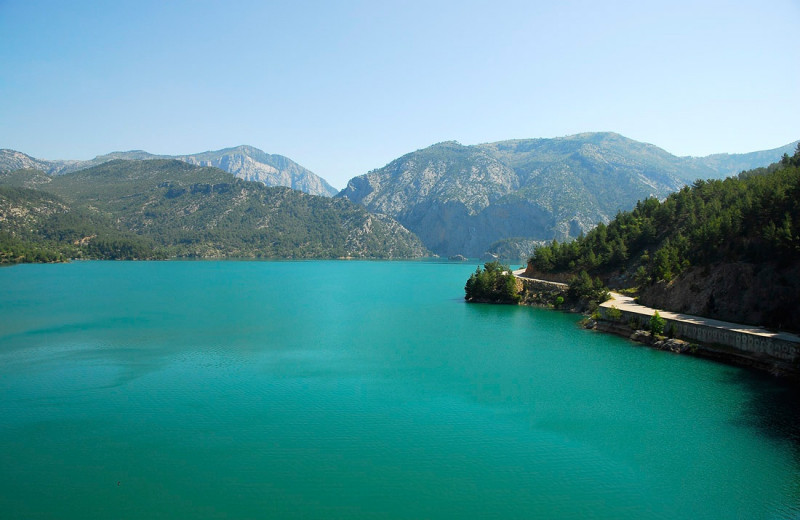 Full day trip to Green Canyon with boat trip at the lake. It is a very enjoyable and relaxing boat trip with two lake snorkeling stops and a lunch break in a restaurant. The view is amazing. Enjoy a relaxing cruise on an emerald green lake surrounded by the Taurus Mountains and lush wooded countryside. Explore the breathtaking Green Canyon, swim in sparkling green waters, and look for a rare brown fish owls. 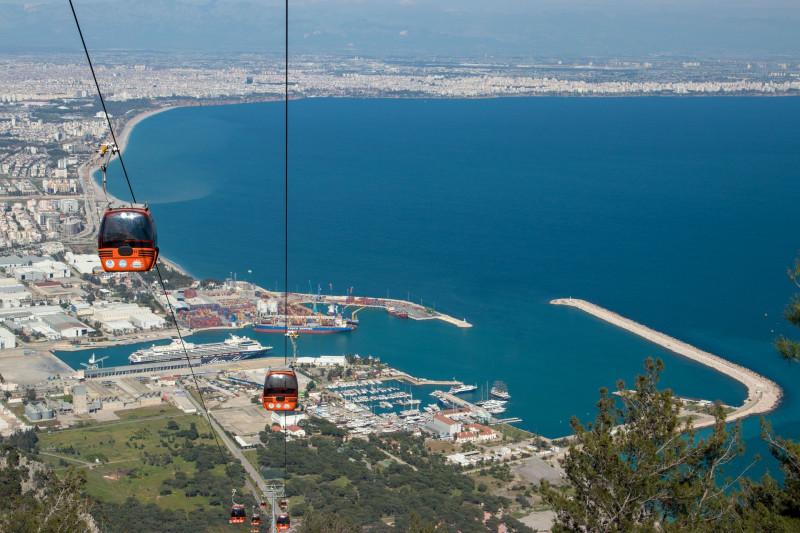 Excursions and day trips in Antalya

What to do in Antalya? Attractions in Antalya. If you can tear yourself away from the wonderful beaches, you will find plenty to see and do there. If you're vacationing with kids, visit Minicity. The miniature replica of the most famous geological and architectural monuments in Turkey is both enchanting and educational. Alternatively, discover centuries of history at the Archaeological Museum, with its intricately carved coffins and statues of gods from the ancient city of Perge. The little shops in Kaleiçi are perfect for buying holiday souvenirs and for practicing your bargaining skills. If the tour is a bit too much, head to the 15th-century Turkish Bath for a relaxing swim, then take a boat trip along the stunning coast. 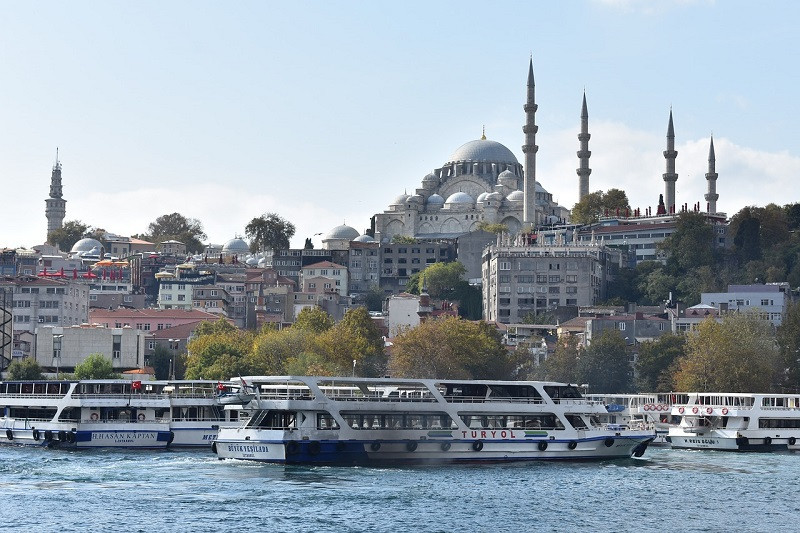 Daily city tours in Istanbul. Top Tours of Istanbul. Take a real step back in time as you step into Istanbul as you discover buildings that have stood the test of time. Move around the city passing historical and religious sites, wander the streets meeting people from all walks of life. On the border between Europe and Asia, Istanbul is a crossroads of culture. Our sightseeing tours to Istanbul offer you the opportunity to discover the three main attractions of Istanbul in one day - Hagia Sophia, Blue Mosque and Topkapi Palace. You will also be lucky enough to learn about Istanbul's intriguing blend of culture and history as you visit its numerous museums and even take a boat trip on the dazzling blue waters along Istanbul's coast.

Things to do in Istanbul. Cruise between 2 continents with dinner on a Turkish meze on a 3-hour Istanbul Bosphorus cruise. Marvel at monuments from the Byzantine and Ottoman empires and enjoy a full entertainment program such as folk dancing and belly dancing. Begin the evening with hotel pickup, then head to the port to depart on our 4-hour evening Bosphorus cruise from Istanbul. Eat in style as you pass by the city's illuminated sights such as Dolmabahçe Palace, Kiz Kulesi, Ortakoy, çırağan Palace Kempinski, Ortakoy, Beylerbeyi, Rumeli Fortness and Fatih Sultan Mehmet Bridge on this 4-hour evening Bosphorus cruise. Try typical Turkish cuisine, then relax to enjoy traditional entertainment including belly dancing and folk music. Watch the sunset over the Bosphorus and cruise. After lunch, admire Turkish belly dancers during an Anatolian folklore show. After docking the boat, your experience will end with a transfer to your Istanbul hotel. 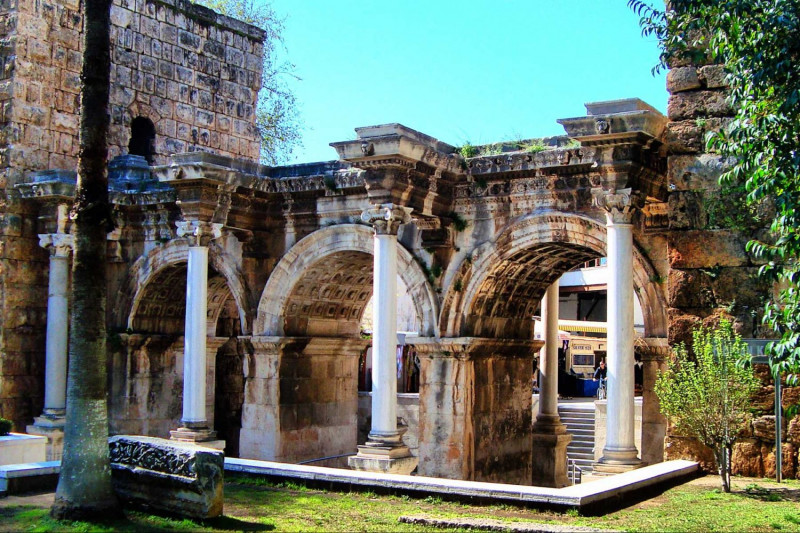 How to make your holiday more enjoyable in Antalya?

Useful information for Holiday in Antalya. Tours from Antalya, Turkey Antalya is the most convenient base for excursions throughout the region, from Olimpos in the southwest to Alanya in the southeast. Düden Waterfalls and Kurşunlu Waterfalls: Two of the easiest and most enjoyable hikes are these two cool, shady, green waterfall parks just a few kilometers northeast of Antalya. However, they can get crowded on summer weekends. Perge, Side and Aspendos: Perge, just a few kilometers from Antalya, has impressive Romanruins. Side too, with its beautiful beaches and resort atmosphere. Aspendos has the best-preserved romanticheater in the Mediterranean, still used for performances. Termessos and Karain Cave: The perfect day trip by car or excursion from Antalya is Termessos, a breathtaking ancient ruined city perched high in the mountains so well defended that Alexander the Great passed by. On the same tour you can visit the fascinating Karain Cave, which has been inhabited for 25,000 years. Termessos, Antalya, Turkey. Rafting on the Koprucay River near Antalya, Turkey. Rafting on Köprü Çayı. Bridge Canyon National Park (Köprülü Kanyon Milli Park) is a beautiful, dramatic gorge overlooking a stone Roman bridge. At the top of the valley is the ancient Roman city of Selge. This is a great day trip from Antalya whether you are going rafting or not. Kemer, Phaselis, Olimpos & Çıralı: Kemer is a modern seaside resort southwest of Antalya, but Phaselis, a little further on the coast, is an ancient port now in a national park, and Olimpos just behind it is a strange and wonderful mix of woodland camps with chalets on tidy little hotels, secluded beach resort and ancient ruins. In nearby Çıralı, the famous natural, eternal flame of the Chimera continues to burn as it has been for millennia. Minibuses depart from Antalya's Otogar to all of these destinations regularly during the warm months, and from the bus stop at Dumlupınar Bulvarı (D400) north of Antalya's Aquarium in the west of the city. 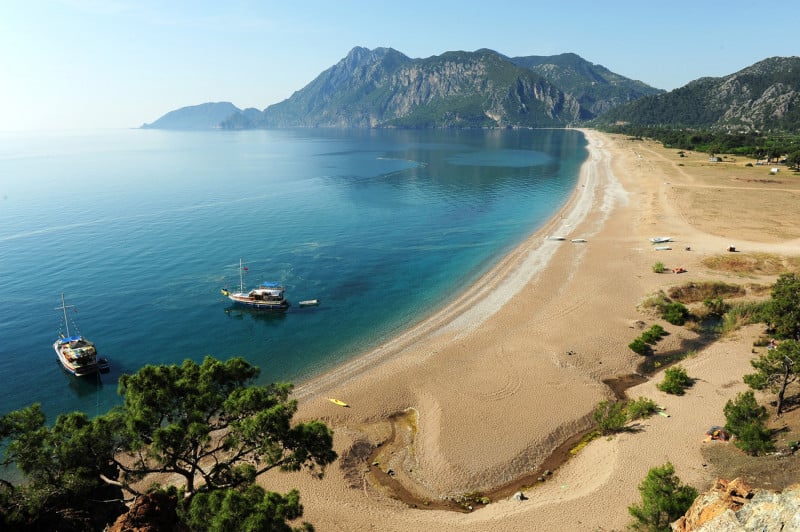 Things to Know about Kemer Antalya

Know About Kemer Turkey before go there! KEMER: The Rocky Mountains, covered with a dense pine forest, very close to the city, is a seaside resort. The sea by the beach with large smooth pebbles is so clean and transparent that even with a decent depth of all the visible stones. The air is saturated with the scent of pine needles, feathery branches cut through the scorching rays of the sun, the mountains protect the resort from the wind. Kemer is a city located in a region of outstanding natural beauty, and its most important attractions are; unspoiled stretches of beautiful beaches, clear azure waters, charming secluded coves, countless opportunities for water sports, rugged hills and jagged mountains of beautiful pine forests. With excellent transport links and a variety of daily excursions, Kemer is the perfect base for excursions to explore the area. Popular sites near Kemer include; Goynuk Canyon, Three Islands, Ulupinar, with restaurants with freshwater trout farms, the ancient Lycian ruins of Termessos or Olympos, which are also within walking distance of the legendary Chimera's ever-burning flames. Kemer is now a favorite resort with a lively nightclub and lively atmosphere. The city has many clubs, bars and restaurants offering a variety of entertainment. Kemer is located 40 kilometers west of Antalya, on Turkey's beautiful Mediterranean coast. 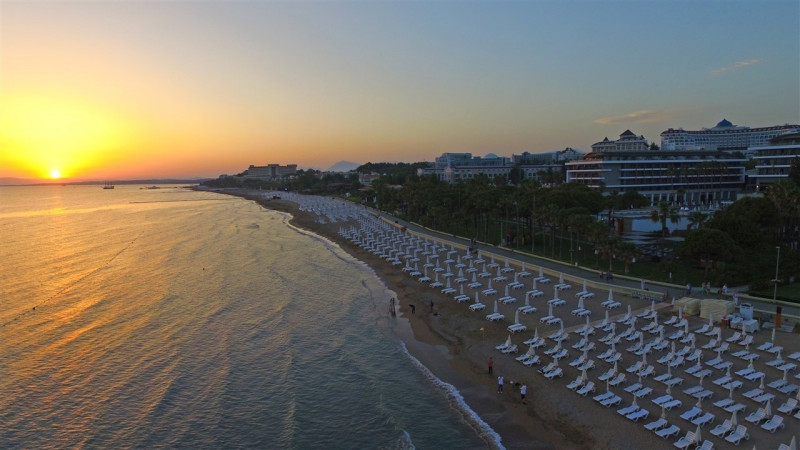 Things to Know about Side Turkey

Know About Side Turkey before go there! Side is a resort town on the southern Mediterranean coast of Turkey. An ancient port city, known for its long beaches and Greco-Roman ruins. In the center are the remains of the 2nd century Antique Theater, which could seat up to 15,000 people. Near the port stand the white marble columns of the Hellenistic Temple of Athena. Other sites are scattered and the finds are at the Side Museum, a restored complex of Roman baths. I consider Side to be two very different resorts. First you have a new side of Side that has built itself up at the back of the west beach. The area consists of very large hotels with full board or half board that are occupied by many Germans and Russians as well as Brits. There is a long walk or taxi ride from this area to the city. Cant comment on the hotels as i have never been to this area. For many years we have been staying in Old Side, or, as the Turks say, in ancient Side. This area in the city consists of small hotels or guesthouses where most people stay in bed and breakfast. There are many restaurants in the area which apart from those around the port offer very good value. I would say this area is more like the real taste of Turkey. There are two large beaches, one in the west and one in the east. Both are made of very soft sand. There is also a small beach with good sand around the city.

Cappadocia the land of beautiful horses! Cappadocia is a semi-arid region in central Turkey, famous for its unique "fairy chimneys". Other famous sights include the Bronze Age houses carved by cavemen (troglodytes) on the walls of the valley, which were later used as refuges by early Christians. The Ihlara Canyon is 100m deep and has numerous stone-faced churches. The otherworldly scenery of Cappadocia is famous for its unique rock formations and amazing hot air balloon activities, and is one of Turkey's most popular natural wonders. Cappadocia is now a major tourist destination, and there are many interesting facts worth discovering.